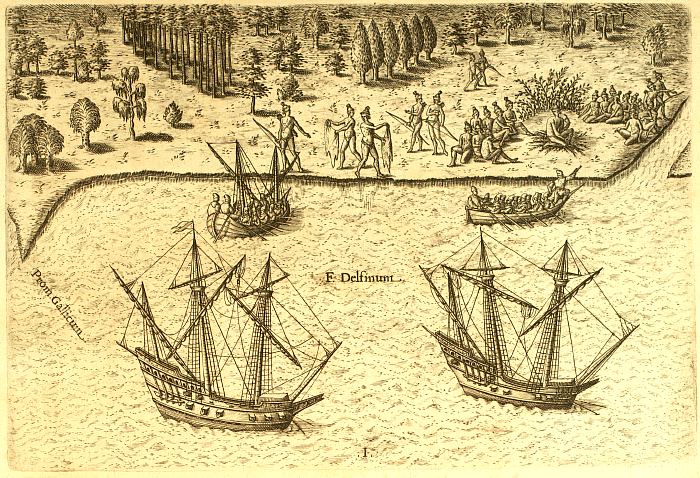 On their second voyage to the New World the French arrived  off the coast of Florida on Thursday, June 22, 1564 around three or four o’clock in the afternoon. They landed about thirty leagues south of the St. Johns River. In his own words, Captain Laudonniere states:

“Having reconnoitered the river, I landed to talk to the Indians who waited for us on the bank. They cried out with a loud voice in their native language ‘Antipola bonnassou,” which means ‘brother,’ ‘friend,’ or something like that. After they had made much of us, they introduced their paraousti, or king or chief, to whom I presented certain trinkets. This pleased him immensely. For my part, I praised God without ceasing for the great affection that I found among these savages. They were unhappy at nothing except that the night approached which would take us away. Though they endeavored by every means to make us trade with them and explained by signs that they wanted to give us some presents, nevertheless for various good reasons I decided not to stay.” Three Voyages, Rene Laudonniere