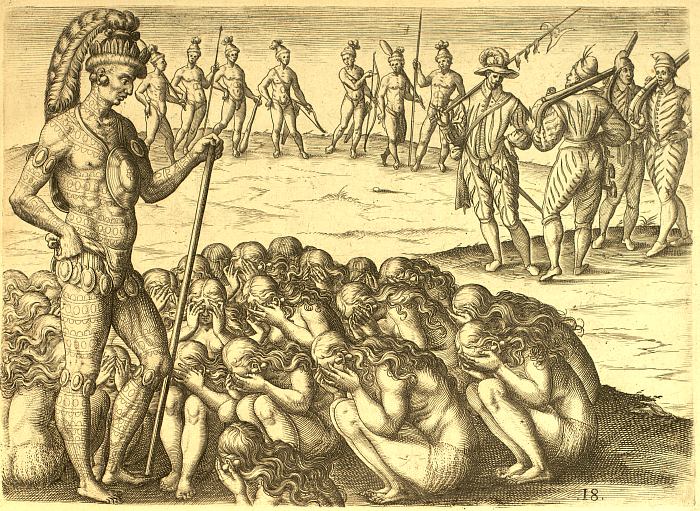 The chief applied to by women whose husbands have died in war or by disease.

“The wives of such as have fallen in war, or died by disease, are accustomed to get together on some day which they find convenient for approaching the chief. They come before him with great weeping and outcry, sit down on their heels, hide their faces in their hands, and with much clamor and lamentation require of the chief vengeance for their dead husbands, the means of living during their widowhood, and permission to marry again at the end of the time appointed by law. The chief, sympathizing with them, assents; and they go home weeping and lamenting, so as to show the strength of their love for the deceased. After some days spent in this mourning, they proceed to the graves of their husbands, carrying the weapons and drinking-cups of the dead, and there they mourn for them again, and perform’ other feminine ceremonies.” Narrative of Le Moyne, Jacques Le Moyne