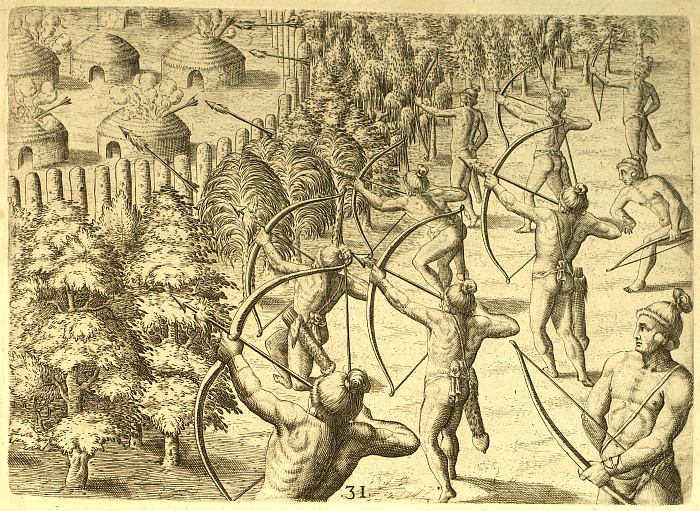 How they set on fire an enemy’s town.

For the enemy, eager for revenge, sometimes will creep up by night in the utmost silence, and reconnoitre to see if the watch be asleep. If they find every thing silent, they approach the rear of the town, set fire to some dry moss from trees, which they prepare in a particular manner, and fasten to the heads of their arrows. They then fire these into the town, so as to ignite the roofs of the houses, which are made of palm-branches thoroughly dried with the summer heats. As soon as they see that the roofs are burning, they make off as fast as possible, before they are discovered, and they move so swiftly that it is a hard matter to overtake them ; and meanwhile also the fire is giving the people in the town enough to do to save themselves from it, and get it under. Such are the stratagems used in war by the Indians for firing the enemy’s towns ; but the damage done is trifling, as it amounts only to the labor required for putting up new houses.” Narrative of Le Moyne, Jacques Le Moyne