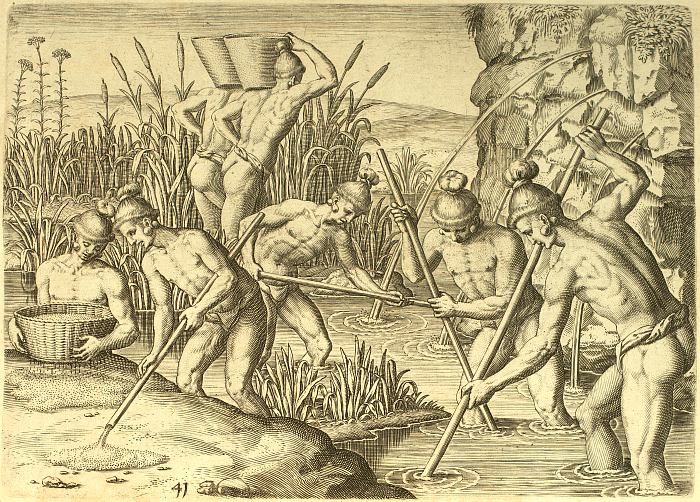 After exploring the surrounding areas of Florida, the French visited a place called Houstaqua whose chief was the most powerful in the region with over three to four thousand warriors. This chief also knew the location of the Appalachian mountains in north Georgia which the French believed contained gold:

“This king sent me several plates of copper taken from this mountain, at the foot of which there runs a thread of gold or copper as the savages think. The Indians dig the sand up with the end of a hollow, dry reed until the reed is full. Then they shake it and find among the sands many little grains of copper and silver. And this leads them to believe that there would be a major source of metal in the mountain. Inasmuch as it was not more than five or six days distant from our fort towarad the northwest, I decided that as soon as our reinforcement should come from France, I would remove our habitation to some river further north in order to be nearer to the minerals.” Three Voyages, Rene Laudonniere.