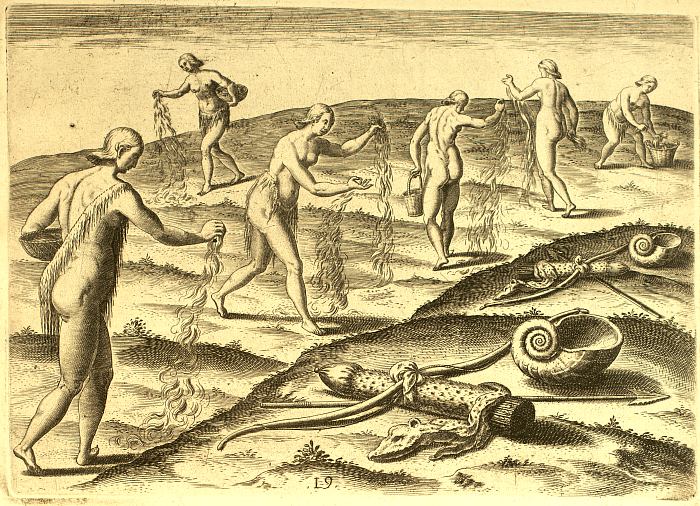 Ceremonies of women mourning for their deceased husbands.

After coming to the graves of their husbands, they cut off their hair below the ears, and scatter it upon the graves ; and then cast upon them the weapons and drinking-shells of the deceased, as memorials of brave men. This done, they return home, but are not allowed to marry again until their hair has grown long enough to cover their shoulders. They let their nails grow long both on fingers and toes, cutting the former away, however, at the sides, so as to leave them very sharp, the men especially; and, when they take one of the enemy, they sink their nails deep in his forehead, and tear down the skin, so as to wound and blind him.” Narrative of Le Moyne, Jacques Le Moyne