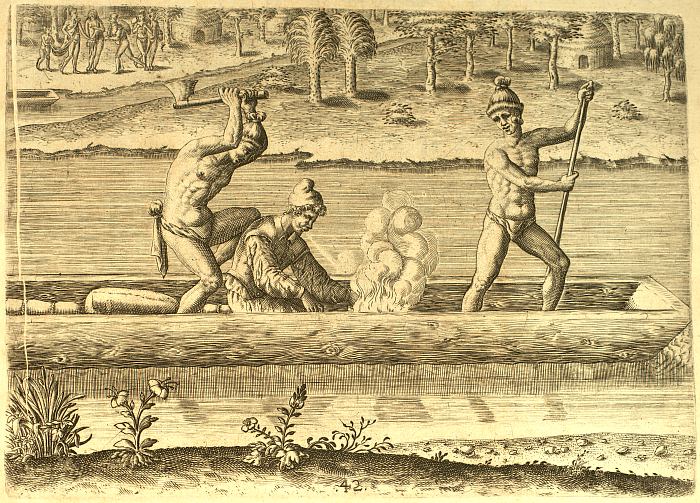 Many French soldiers explored the countryside and lived among the Indians to learn their language and ways. But mainly they were looking for any wealth they could acquire:

“One of my men by the name of Pierre Gambye had remained a long time before this in this area in order to learn the language and trade with the Indians. At last he had come to the village of Edelano, and having accumulated a quantity of gold and silver, he wanted to return to the fort. So he asked the king of the village to lend him a canoe, which is a vessel made entirely of one piece of wood and used by the Indians in fishing and for going about in their rivers. The king of Edelano agreed, but being jealous of the riches which Gambye was carrying away, he commanded two Indians to be in charge of the canoe and to kill him, returning the merchandise and the gold to the king. This the two traitors brutally accomplished, as they killed him with a hatchet while he fanned a fire trying to cook a fish in the middle of the canoe.” Three Voyages, Rene Laudonniere