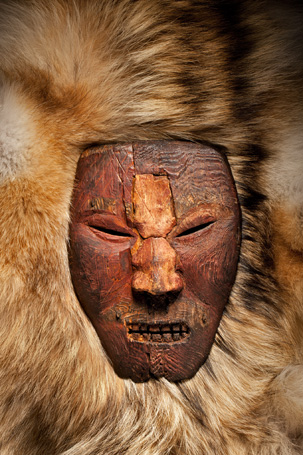 Although once thought preposterous, it has now been proven that the Vikings reached North America 500 years before Columbus. It also appears that they not only traded with the local Native American inhabitants but shipped some of these goods back to Europe. Learn more below:

The Viking seafarers who explored the North American coast a thousand years ago likely searched, as Ohthere did, for trading partners. In Newfoundland, a region they called Vinland, the newcomers met with a hostile reception. The aboriginal people there were well armed and viewed the foreigners as intruders on their land. But in Helluland small nomadic bands of Dorset hunters may have spotted an opportunity and rolled out the welcome mat. They had few weapons for fighting, but they excelled at hunting walruses and at trapping fur-bearing animals, whose soft hair could be spun into luxurious yarn. Moreover, some researchers think the Dorset relished trade. For hundreds of years they had bartered avidly with their aboriginal neighbors for copper and other rare goods. “They may have been the real entrepreneurs of the Arctic,” says Sutherland.

With little to fear from local inhabitants, Viking seafarers evidently constructed a seasonal camp in Tanfield Valley, perhaps for hunting as well as trading. The area abounded in arctic fox, and the foreigners would have had two highly desirable goods to offer Dorset hunters for their furs: spare pieces of wood that could be carved and small chunks of metal that could be sharpened into blades. Trade in furs and other luxuries seems to have flourished. Archaeological evidence suggests that some Dorset families may have prepared animal pelts while camping a short stroll away from the Viking outpost.