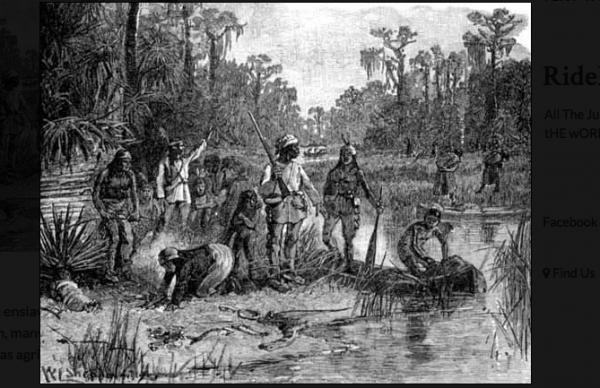 Few American Indian wars were more devastating to colonists and more influential on the development of the south than the Yamasee War of 1715. April 15, 2015 will mark the 300th anniversary of the start of that war, which ended with the death of 400 British. On April 16, the first conference to bring recognition of the war will be held in Saint Augustine, Florida, mere steps from Yamasee archaeology sites.

“The Yamasee as a people have been overlooked by the mainstream and only one book has been written about the war,” Denise Bossy, associate professor of history at the University of North Florida, said. Bossy is one of the co-organizers of the conference, entitled, “The Yamasee Indians: From Florida To South Carolina.”

“It’s a really important event in Southern and North American history, yet it is one of the least well known of wars compared with its importance,” she said.

The late 1600s and early 1700s were a time of great disruption and loss of lands, as colonization forced tribes to be on the move, Chester DePratter, archaeologist and co-organizer of the conference, explained. By the time the Yamasee made their way to Charles Town, South Carolina, (now Charleston) the Spanish had already been missionizing tribes in Florida for 100 years. The the British were involved in the slave trade throughout the Southeast and the Atlantic World, which included trade routes of importation and exportation of plants, goods, slaves, diseases, and all other items of colonization.

“Other Indians, like the Chickasaw, were making people move. The Erie had been forced out of Western Pennsylvania by the Iroquois, and as they moved south, they became known as the Westo. They pushed the Yamasee toward the Georgia coast. The Erie had traded for guns with the French and British, but in the south, the tribes were unarmed. The Spanish had been more interested in missionizing than trading with the Natives,” DePratter said.

According to him, arms could have been a major incentive for the Yamasee’s move up the coast to Charles Town. While there, they joined in the deerskin trade, however, DePratter noted, “They were also sent off to bring in Indian slaves. There is clear evidence that there was slaving,” he said.

Donald Grinde, Yamasee, Haudenosaunee scholar, and professor of Transnational/American Studies at SUNY Buffalo, will also be presenting at the upcoming conference. “For several years, white slave traders would come in and run up the Yamasee’s debts for pots and pans and guns,” he said. “When people couldn’t pay the debts, the traders would demand women and children and take them into Charles Town to sell them. This went on for 10 years, and then there was a revolt.”